The Shetucket River in eastern CT receives a fall stocking of excess brood stock Atlantic Salmon, creating an exciting fall fishing opportunity.  CTDEEP has stocked around 600 fish in the 2 to 6 lb. range, some bigger, with more to come in November.

After a client guest late cancellation on 10/15, Tom & Everett of TEAM7x loaded up the 6 weights and headed to the river.  Knowing the holding spots after spending time on the Shetucket in the past is a key, since the salmon don't always show themselves, even in the low water conditions.

The Scotland dam released some water in the AM, creating cloudy and debris filled flows, but cleared after an hour or so.  Mickey Finn's have been successful patterns in the past, but today, NO JOY!  We switched to a smaller, different color pattern that has worked in the past, and BANG, within 5 minutes each of us hooked up.

Everett assisted on this fish while I fumbled for the camera.  She was a deep runner with several drag-screaming runs before coming to hand.  Around 5-6 pounds I estimate and a strong fighter.

It was a beautiful fall day as you can see.  This fish was a leaper and gave Ev a great aerial display before tiring.  Another nice Atlantic around the same size and weight.


The fish are there.  Knowing the holding areas and experience with patterns and color increases the chances of hooking up these selective fish and what a battle when you get a take!  There are some nice rainbows in the Shetucket as we saw several taken during our outing. Lots of caddis around for this late in the season.  If you want to set a date, let us know!

Kudos to Ray Schaefer from Thames Valley TU and his stocking crew for their efforts in helping CTDEEP with stocking.  Ray and the group help float stock trout throughout the year in eastern CT rivers and the Atlantics on the Shetucket in the fall.


CT state Senator Cathy Osten, whose area includes the Shetucket for her support in keeping the Atlantic Salmon program alive when it seems a yearly battle to keep the state's only salmon hatchery (Kensington) open and functioning.  Lots of anglers buying gas, food, pizza from OCCUM PIZZA, and spending $$ in the area.  Thanks Cathy!

To our good friends, the campground owners along the Natchaug who support our efforts in fly fishing education at no charge to campers and area folks.  This was a low water year but as usual the campgrounds were full and active.

TEAM7x spent 9 days in and around the fabulous Yellowstone National Park fishing mainly the northeast corner of the park; Slough Creek.  The Lamar and Soda Butte suffered from off-color water due to heavy rain.  A severe storm blew throughout the park on the 28th, dropping snow at elevations above 8,000 feet!

We also spent 2 days on Depuy Spring Creek in Livingston.  Levels on Slough were a bit low, but clear and our efforts fishing dry to large Cutthroat trout were rewarded with some terrific big cuts, all in the 16 to 20 " range.  While mostly sight fishing, PMD's, sparkle duns, floating soft hackles did most of the work; with the water gin clear, fly changes and persistence in picking out one fish and in presentation was the key.  Native Yellowstone Cutthroats are beautiful and selective and with the exception of some cutbow hybrids are dominant in Slough Creek.  Regulations require that cutbows be killed in certain areas of Slough to protect the native cutts.

Mornings were PMD time until around 2:00PM when the Slough Creek winds descended.  Later in the evenings, very small spinners and midges brought fish into the shallows and up.  Many folks "take a hike" up to the 1st and 2nd meadows above Slough Creek Campground.  We fished the lower Slough ahead of its confluence with the Lamar and found plenty of big cuts, and plenty of good holding water and most days, uncrowded.

Met a few friends along the way as well…the magic of Yellowstone is not only in its unparalleled fly fishing opportunities in its miles of creeks, rivers and streams but in the sheer beauty, the wildlife, the open spaces, the Yellowstone River itself…it should be on everyone's bucket list!

Matt took the first Cutthroat on day one and what a beauty!  The color, the slash, just perfect!


Depuy Spring Creek remains a favorite of ours.  Privately owned, this classic spring creek is loaded with Cutts, BIG browns that migrate from the Yellowstone and some rainbows.  The insect life is prolific so finding rising fish is never a problem with the constant water temps.  Again, this is selective, technical fishing but patience and persistence is rewarded.  After a great day, we promptly booked a second day on this world-class stream.  Again, a bucket list must for any passionate dry fly angler!

Back home, other than the Farmington, with TEAM member Bob reporting in…GO SMALL... not much happening with the heat, humidity and low water until later in September.  We're attempting to find the latest Atlantic Salmon news for fall fishing the Shetucket and will update ASAP! 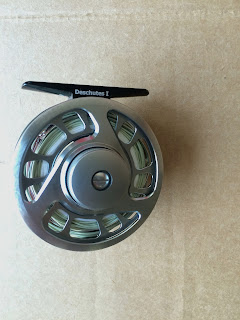 The new Deschutes V3 is now available from FFB.  Click here  to see why we are proud Pro Staff and supporters of Carl Craig and FFB's products and generous spirit.

This beautifully ported Deschutes 1 will accomodate 3-4 weight line with backing.  We spooled up a 4 weight line with 50 or so yds. of backing.  It takes about a minute to activate the push-button spool release, remove the screw-on gear and flip the bearing over to convert from left to right handed retrieve.
The drag, similar to previous versions is easily adjusted with the knob shown above.  The new Version 3 drag is super sensitive and a slight turn of the knob increases or decreases pressure in small but noticeable increments.  We had the opportunity to put a few nice fish on the reel recently on light drag and were solidly impressed!

Fully loaded, as described above, the Deschutes, CNC crafted from aircraft quality aluminum, weighed in at 5.5 ounces, about and ounce lighter than the earlier V2.  Full specs are available on the link above.

All in all, at the bargain price point, this is a beautiful addition to your arsenal and perfect for a dollar conscious newcomer to fly fishing.  Everett, Matt and I will be taking it out west later this month to the spring creeks in Montana and the classic cutthroat streams in Yellowstone National Park. 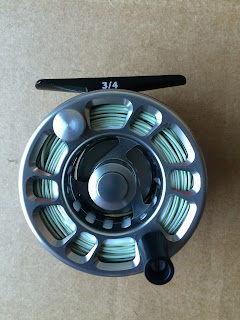 You'll love the Deschutes; pick up a few fly boxes or leader packs at super low pricing while you're at it and call Carl with any questions. 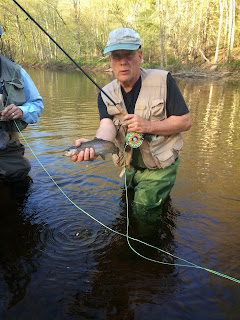 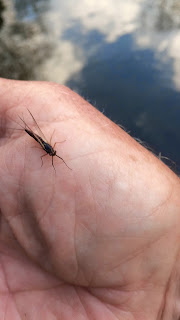 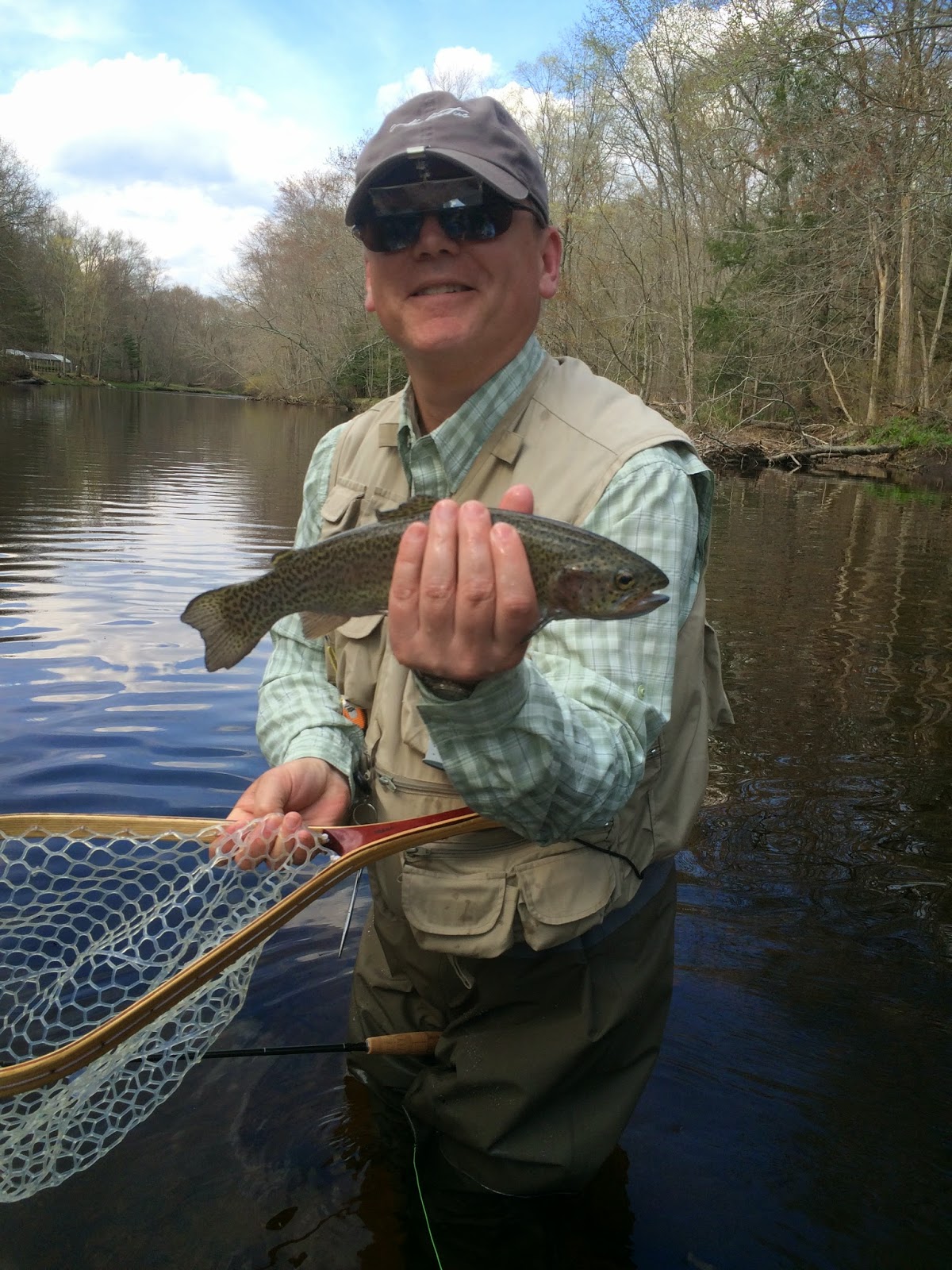 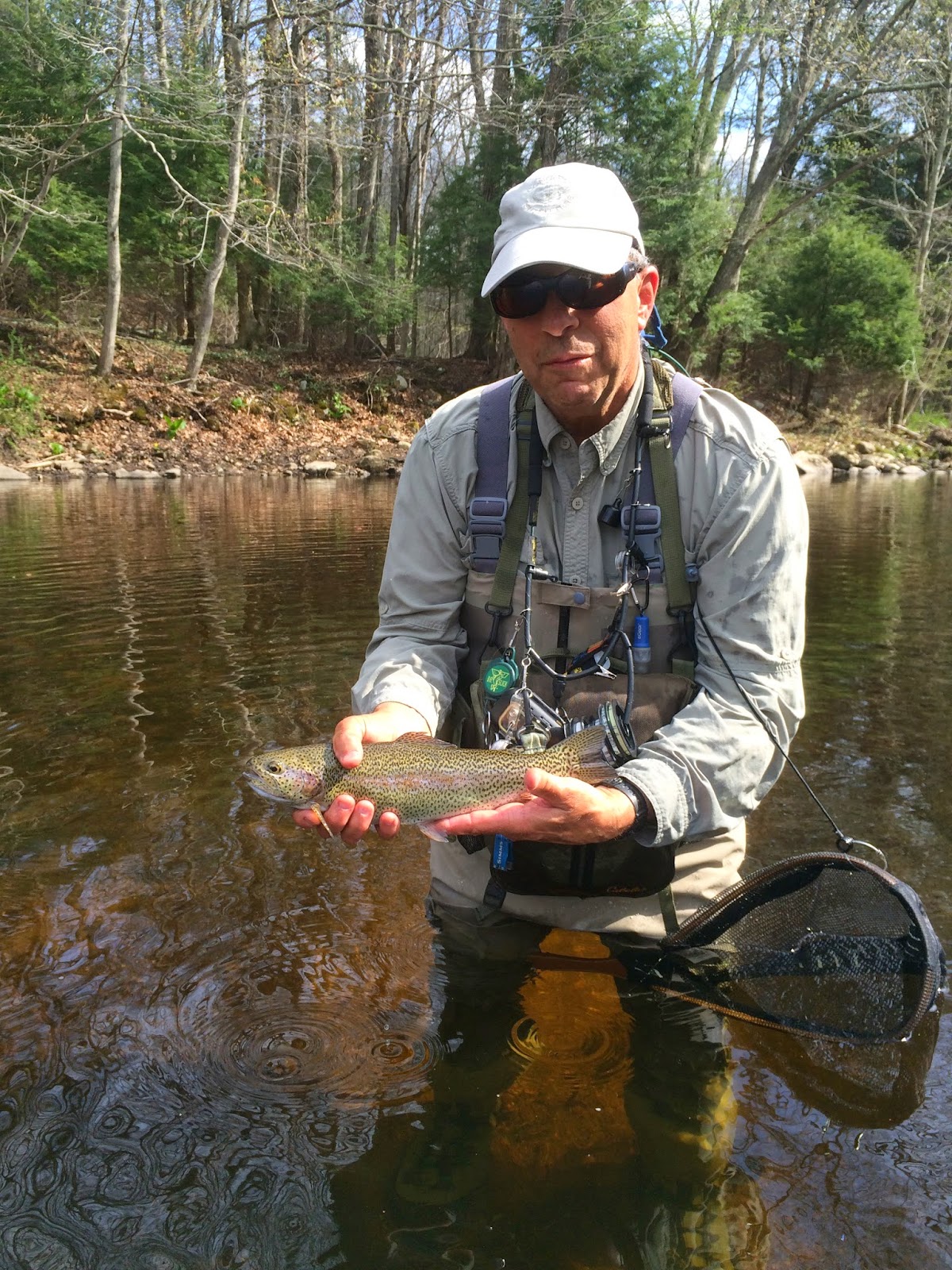 Matt from TEAM7x returned to the Patagonia Argentina region once again in early December with business associates, to fish the fabulous Rio Malleo.  Once again Omar "Banana" Martinez, the area's number one guide took care of every detail.

The Rancho San Humberto provided the first class lodging once again, under the Olson families 3rd generation management, with some 18 miles of private access to the Malleo.

Matt encountered an epic caddis hatch and knowing how difficult it can sometimes be to match the naturals, tied on a royal coachman (of all things) and sure enough was rewarded with a steady sipping 18" wild rainbow taking something he couldn't refuse! 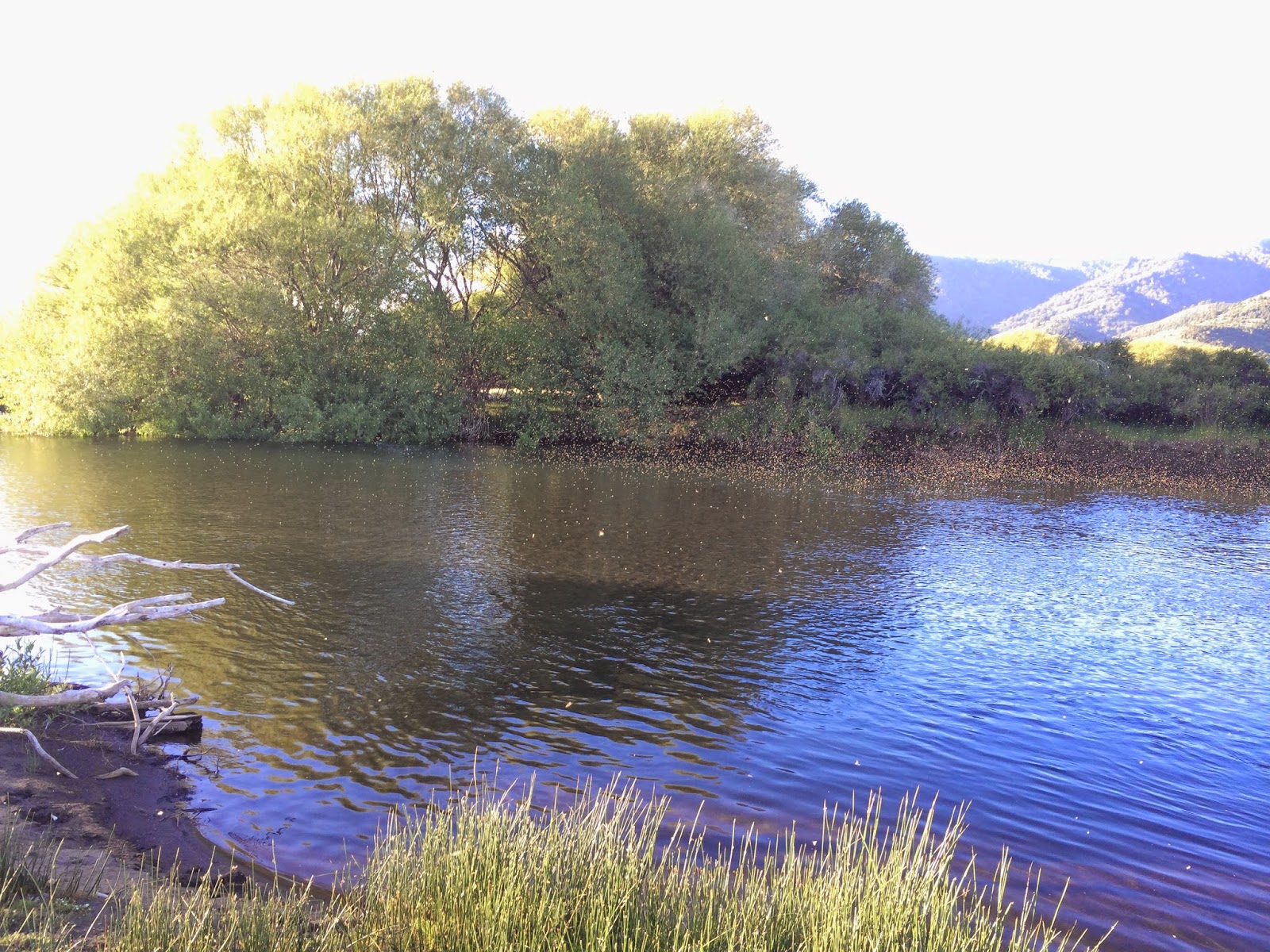 The Rio Malleo is truly one of the world's great dry fly venues and Matt also took several big fish in  skinny water on a  gin clear spring feeder creek.  Weather (summer) was perfect and of course the Malleo was at perfect levels with wild trout throughout.

Another great trip to the Malleo.  If you get the opportunity, don't hesitate. We can give you some details, tips etc. on this world-class trout fishing venue!