Fly of the Month

Here's Everett's fly of the month…a CDC Blue Wing Olive.  He ties it with the following materials: 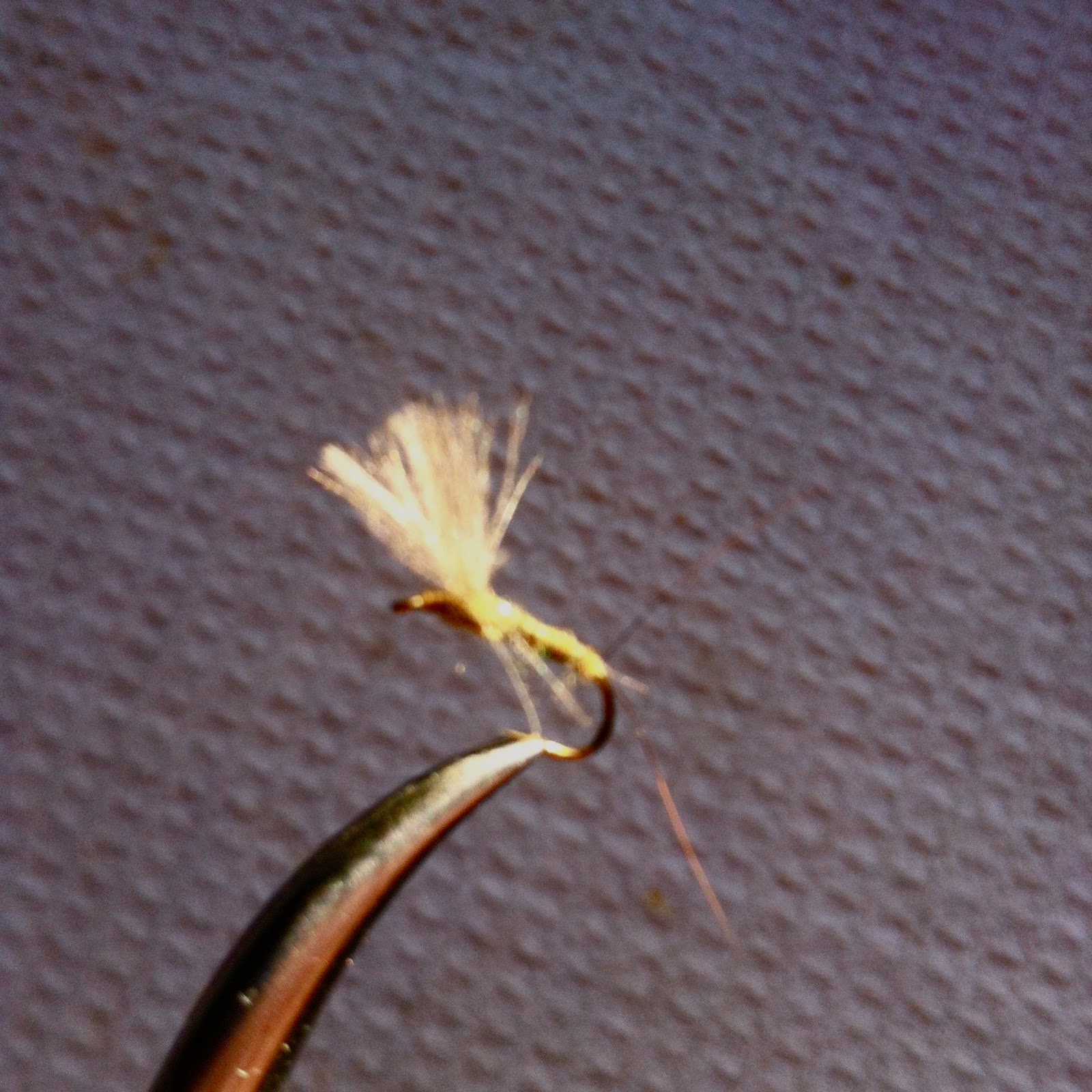 We'll feature Everett's patterns throughout the season.  The water in the year 'round open streams is still high and ice still present.  CTDEP has released it's trout stocking report for 2013 here.  This is a great resource for scouting out those trout streams and rivers in Connecticut!  No update yet on stocking reports for the rivers and streams.  Due to water levels and conditions it will likely be a late stocking this year.  We would expect stoneflies to be out when the temp hits the 50's, especially on the Moosup River, open all year.

Our traditional opening day fly casting lessons are set for Charlie Brown Campground, Rt. 198 in Eastford, CT.  We'll be there after the worm burners quit on April 19th from 1 to 3 pm.  If you're in the area stop by and say hello.  Parking is always available across from the rest rooms just inside the campground past the office on the left.  Once again we're happy to partner with Pam, Steve and Chris at Charlie Brown in offering our no-charge casting clinics.

TIP:  Clean those lines! Lines still on your reels from last year?  Try running line and leaders thru a dryer sheet to straighten the coiled memory and remove the built up dirt…works great!  Check your tippet material while your at it; if its been in your vest or pack forever, now's the time to change. Don't need a break-off to start the season!

Stay in touch and
DRAG FREE!
Posted by TEAM 7x at 4:15 PM No comments: