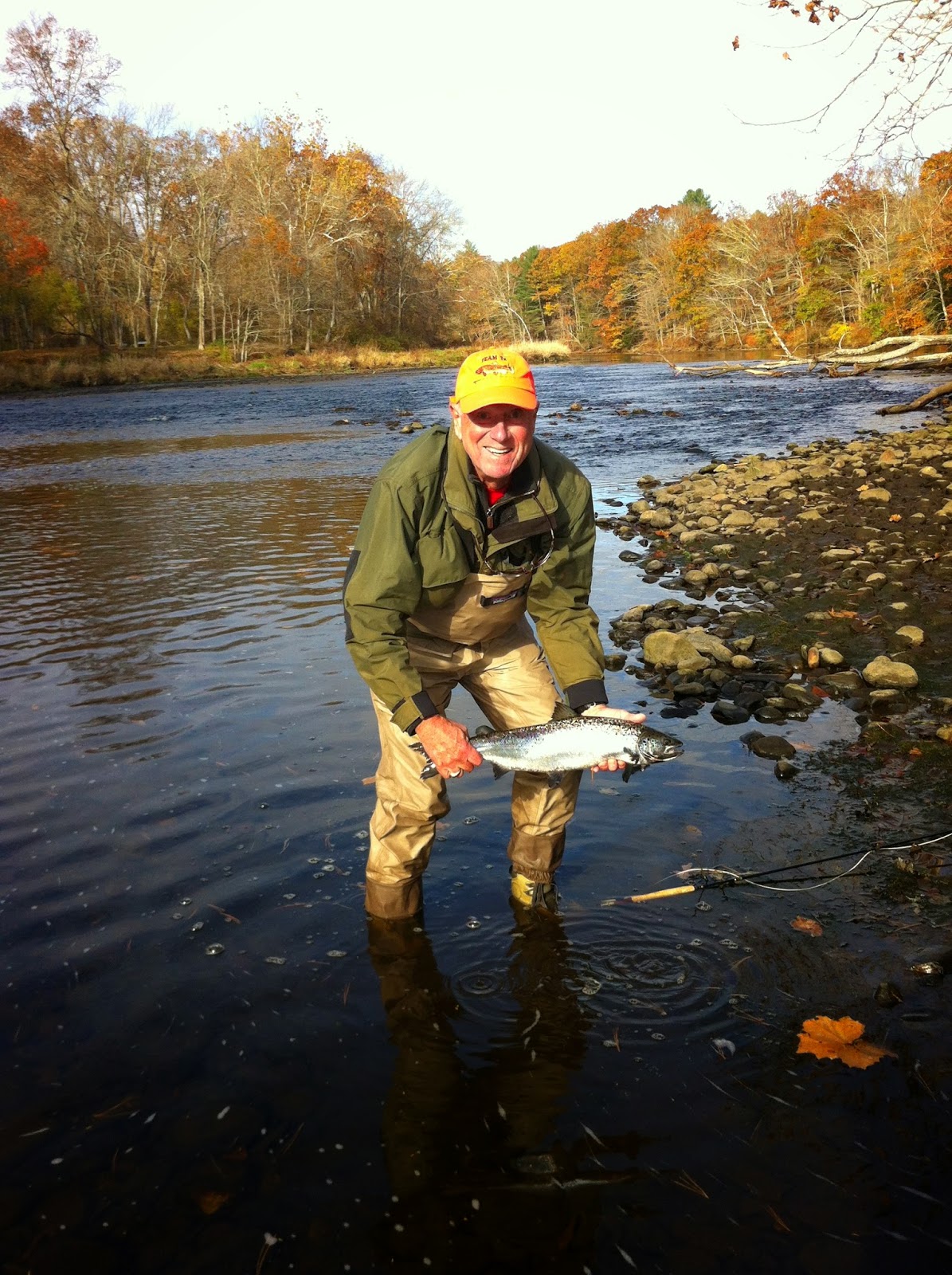 Two nice examples of Atlantic Salmon on the Shetucket River

Based on a recent email from CT State Senator Cathy Osten, whose district includes the Shetucket River, it would appear that the Atlantic Salmon brood stock stocking program will see NO changes for 2014!  This is great news, since this is a fun fly fishing locale in late fall as we try to outwit these strong fighters!  Jay's fish above, from 2 years ago was a sight to behold!!  I happened to be down river and hustled to snap this photo at battle's end.

A recent scouting trip to the Shetucket showed very low water conditions, since the dam is not releasing.  We need rain before end of October to be sure the stocking goes forward.

We're pre booking interests in day trips to fish for the Atlantics…let us know your interest and we'll work on some dates.

Here's the Senator's response to us..


Forwarded below is the response I received from DEEP about the Atlantic Salmon stock in the Shetucket.

The fisheries staff tell me there may be rumors floating around, but there is no basis in fact in such rumors.

As in the past, we will equitably allocate the stocking of brood stock salmon  between the Shetucket and Naugatuck rivers, with a  lesser percentage going to eastern and western lakes (again equitably distributed).

Thank you for your inquiry,
Liz